Each day an estimated 18-22 veterans die by suicide.

Have at least one mental health condition and at least 20% live with a serious mental illness.

70% of youth in juvenile justice systems

One in five Americans live with a mental health condition.

MN CIT is part of the AmazonSmile network

A word from our Interim Executive Director

Whether you are a law enforcement officer, fire fighter, paramedic, mental health professional, elected official, educators or person directly affected by mental illness, you can become an advocate for changing the way your community responds to crisis incidents and people struggling with mental health. MN CIT training will help by increasing your awareness and understanding of how to support someone in crisis or experiencing a change in their mental health. You will be able to practice de-escalation techniques with professional actors, grow in your awareness of personal wellness, engage in dialogue around cultural competency and implicit bias, and build a resource network to assist you in implementing the CIT model in your agency. 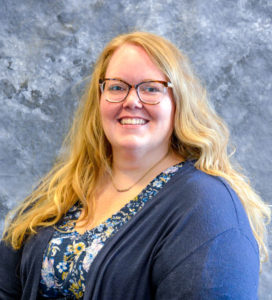 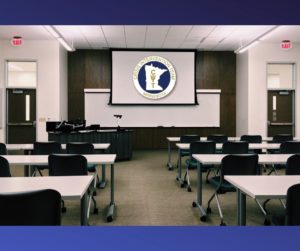 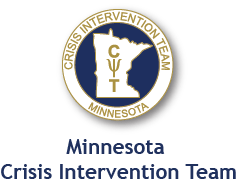 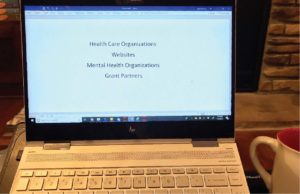 0 Years MN CIT has been around
Time Flies!
0 First Responders Trained in 2019
They came, they saw, they trained!
0 Training Classes
We′ll be there!
0 Number of MN Counties
Have car will travel!
0 Approx # of incidents using CIT training
Between 88,704 and 147,840 incidents

Every day of the training had education from different perspectives of crisis intervention. The topics I enjoyed most were mental health in our work place, cues to identify mental health, juvenile crisis, real life stories of individuals living with mental health and resources available. The scenarios and actors are there for you to learn and develop your skills. The scenarios brought out some of my weaknesses and allowed me to work on those. I also was able to identify some of my strengths that I can continue being confident in and bring to my team. There is something to learn and take back to your department no matter your level of experience, position in a department or years of service. Overall, this training was packed full of useful and important information.

In 2010, as a 14 year veteran officer, I was asked to take the MN CIT 40 hour course as one of two of the first officers to take the course in our department.  As the week progressed, my awareness and empathy toward mental illness grew significantly.  The scenarios exposed me to things I had never seen or recognized before.  Using active listening skills and now being able to recognize different mental illnesses and their symptoms, I had the confidence to de-escalate and handle the situation differently than I would have before the training.

Within two weeks after taking the MN CIT training, I handled two very complex mental health calls that would have resulted in some type of escalated force, had I not taken this course.  One of the calls involved a delusional, non-verbal, naked male subject and three law enforcement agencies on the shoulder of a highway.  By recognizing his symptoms and using time on my side, I was able to communicate with him and persuade him to surrender, which resulted in no injuries to the subject or officers.  The subject’s pick-up truck was parked on the side of the highway, near us, and a loaded rifle was discovered between two mattresses in the open bed.

I followed up with the subject approximately three days after the incident.  He stated that he had never had an episode like this and it may have been from some laced marijuana he smoked about one hour prior to our meeting.  He fully understood what I was saying to him and knew that the rifle was in the truck.  He believed us both to be warriors, and that we could communicate by looks and telepathically.  He wanted to show me the rifle because he believed I would be proud of him, but knew not to grab it because he would have been killed by the other officers.  He thanked me for handling him the way that I did and advised me that he was seeking help.

Crisis Intervention Team (CIT) training is the most relevant training that I have seen in the realms of modern de-escalation tactics and street survival. CIT Training incorporates several needed skills to successfully defuse a chaotic situation where the use of physical force is unnecessary and sometimes prejudicial to the outcome. It increased my self-confidence in a way that I felt capable to help a person in crisis to reach a peaceful resolve. Peaceful resolutions are most important in today’s law enforcement and the goal to increase trust and legitimacy to the public.

CIT training is very realistic and it will challenge participants to critically think about physical indicators, brain functions and patient disposition before even considering to employ traditional counter-resistance methods. Scenarios are performed by professional actors who create a very realistic platform for participants to truly engage the scene with both their hearts and minds.

Our mission is to provide law enforcement personnel and mental health professionals with information and training in how to safely and compassionately handle a person in a mental health crisis.